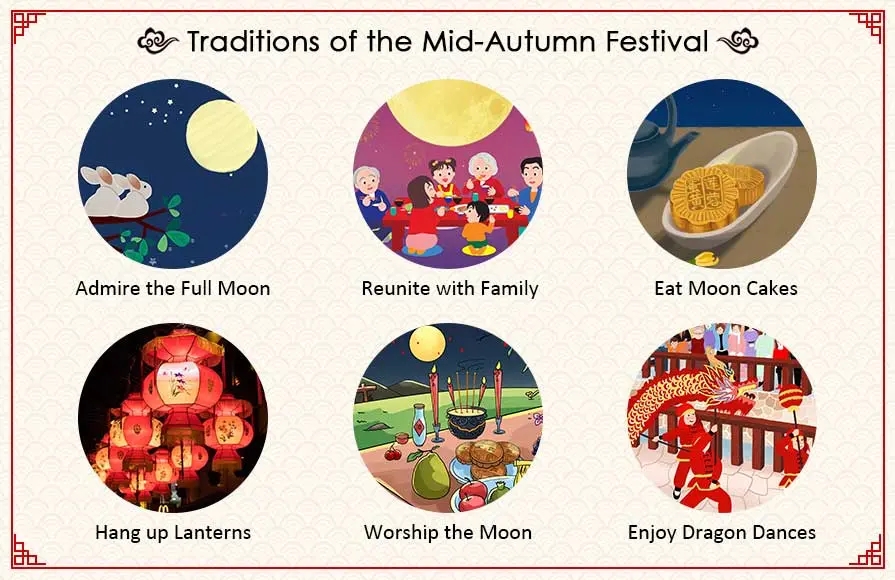 Besides those traditions in China, other Asian countries have their own unique customs of the Mid-Autumn Festival.

Read Mid-Autumn Festival around the World to find more traditions in other countries.

Please leave your email to us and we will be in touch within 24 hours.

Wenzhou Zungwan Intelligent Machine Co.,Ltd. is the professional automatic filling machine manufacturer to keep researching and developing the packing machinery for every type of liquid, powder, cream/ointment, fluid and half-fluid etc.materials. We have Obtained ISO9001...